In the 1950s a scientific report compiled by the record industry stated that teenagers, due to their very short attention span, were unable to listen to a piece of music that lasted more than 2 minutes 50 seconds. This is perhaps one of the reasons that rock’n’roll and pop songs from that period only last around 2 minutes 35.

With this in mind we decided to make life – and listening to music – easier for the age-ing adolescents of yesteryear. We sampled hits from the 1960s and 1970S, some are easy to recognise, others not. We then played these loops on radios and ghettoblasters in different places around Paris. Whilst the loops were being played DinahBird, in the manner of a radio continuity announcer, filled in the pauses and described what she saw going on around her.
We call them : Pop Field Recordings.

A free 7  » vinyl was given for the opening.

One hour of 2min 35 soundtrack on Wired 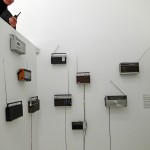 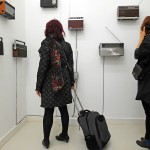 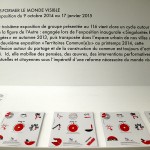