Tag Audio Loops are soundscape recordings modified by the presence of a boombox, a radio or a wireless speaker, placed in a chosen space, that broadcast a prepared sample or musical loop. A photo is taken of the process and a recording is made.

This is site a specific aural grafitti project that started in 2012. Just as a graffiti artist signs his territory with a tag, Jean-Philippe marks locations both acoustically and photographically, momentarily transforming the sonic imprint of the terrain.

Since then, the Tag Audio Loops permit ongoing audio and photographic dialogues with the cities, the places we travel through —London, Berlin, Paris, Brighton, Florence, Lisbon, Copenhagen, Oslo, Helsinki, Cork, Venise, to name few, and, of course, the people who live there. pdf

Tag Audio Loops is also an online tumblr archive and a Facebook page that is updated each week.

Here is an article in French by Annick Rivoire of Poptronics on the making of a tag.

See some Tag Audio Loops locations in the gallery below, plus the four Barco monitors installation at Marl Sculpture Museum. 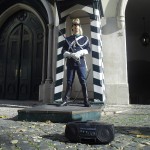 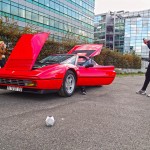 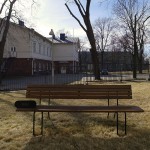 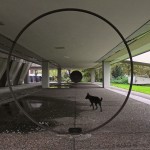 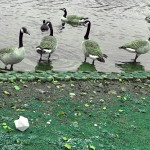 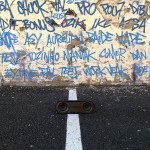 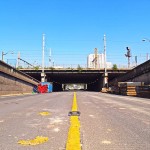 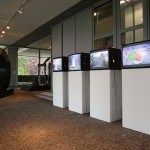 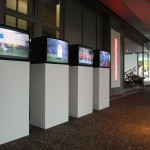 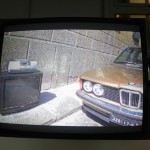 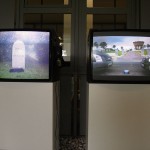