Home / Radio / On the Trail of The Snail

On the Trail of The Snail

Five acclaimed radio producers from around the world contribute personal responses in the form of audio adventures to Henri Matisse's 'The Snail', the iconic paper cut-out collage that hangs in Tate Modern, London.

On the Trail of the Snail was first broadcast on BBC Radio 3 on Saturday 11th December 2010.

This collaborative edition of Between the Ears explores radio’s capacity for re-presenting art. It evokes through sound the primary colours, elemental spiralling shape and gastropodic allusions of an image that’s at once playful and melancholy. Late in his life, ill-health forced Matisse to work with a new technique, directing assistants to arrange coloured paper cut-outs on his studio wall –

‘The Snail’ of 1953 is the most celebrated example of this period. The ‘On the Trail of the Snail’ audio collage consists of:

Chris Brookes (Canada) – ‘The Snail in the White House’ (with reference to The Orlons’ 1962 hit ‘The Wah-Watusi’ and Alma Thomas’ homage to Matisse, ‘Watusi’)

Dinah Bird (UK) – ‘Helix’ (« The spiral is a spiritual circle. In the spiral form, the circle, uncoiled, unwound, has ceased to be vicious; it has been set free. » Vladimir Nabakov)

Sherre DeLys (Australia) – ‘Chromatic Composition’.  (Sherre and sculptor Joan Grounds reflect on Matisse’s  use of colour as they walk through a north American woodland.)

Kari Hesthamar (Norway) – ‘Tramp’ (« The first step in any trip or journey is always a footstep – the brave or curious act of putting one foot in front of the other. »  The Norwegian author Tomas Espedal walks « to collect stories and to survive ».)

Curated by London-based producer Alan Hall of Falling Tree Productions.
You can read a review on the piece by Elisabeth Mahoney of the Guardian here. 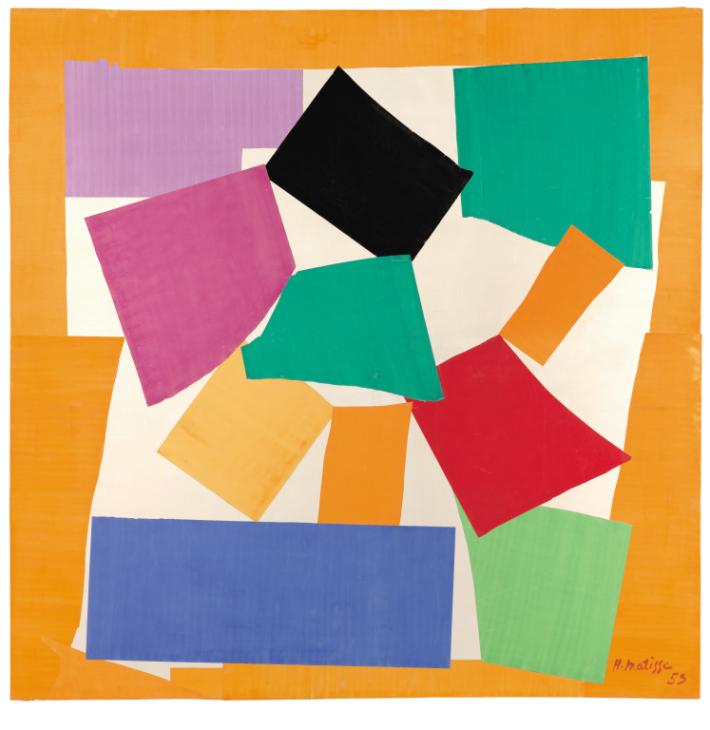