A prepared mechanical piano from the heart of a mediatheque in Brittany.

In 2008 the association Métropole Electroni[k] launched their sonic postcard project where they asked different musicians and sound artists to create postcards of prominent buildings, both social and cultural, of the Breton town of Rennes. Through these varied approachs and styles the listener rediscovers their town through the ears of another. We were invited in 2011 to record in a newly contructed media library on the outskirts of the town, and the Champs Libres, a former bus station in the centre of Rennes that now houses a planetarium, a library, a science museum, a theatre space and the Museum of Brittany.

Jean-Philippe recounts his experience in Betton with a strange antic mechanical piano.

“In the heart of this newly constructed media library lies a mechanical piano. I approached this objet as if it was an extinct animal, it was out of tune and hadn’t been touched in years. I started to tap it’s wooden casing, then I took the outer structure off and started to play with the strings, the percussive elements, the roll- ing mechanism, the inner workings of this sonic dinosaur.

By playing with this keyboardless piano, and not playing the piano I made up a palette of sounds. It reminded me of a distant relative to the jukebox, there is even a slot to put your money. So using various objects I found to hand I scratched, stroked and tapped and modified the sound of the strings, somewhat like a pre- pared piano. I really enjoyed translating this place through the piano. In someways it shouldn’t really be there, but this forgotten instrument left to the Mayor of the town by a now deceased inhabitant is the human link to the media library and the town of Betton. “

You can listen to all of the postcards online. 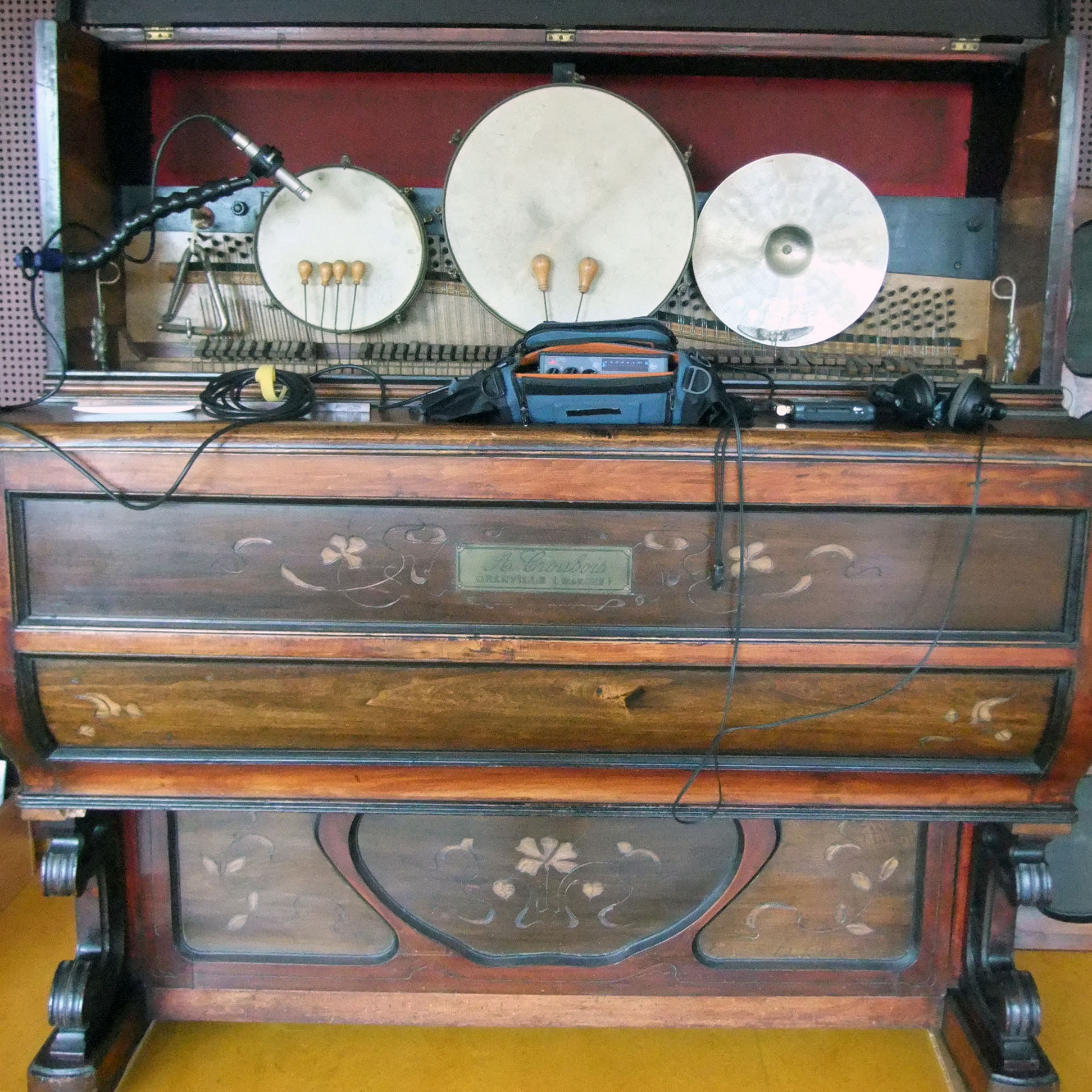