Two opposing eco-systems and sonic environments are coupled together. Extensive field recordings of a particular habitat are made in one country and then transposed and broadcast to another. We observe how the local population react to these extraneous noises.

Do bird sing differently ? Do passers by look up and listen?  Does anything change at all ?

During a artist residency in the Senegalese capital Dakar in 2010, we were awoken each morning at around 5 am by the curiously regular and repetitive chirping of a local bird, known to all as the alarm bell. We lay awake listening to the rumble of the city as it gradually came to life, other birds and insects joined the chorus, the megaphone muezzin blasted the call to prayer, miles and miles of frustrated commuters sounded their horns in the early morning rush hour. These layers of animal and urban noise competed with one another until the sound of airplanes soaring over the city every 15 minutes drowned everybody else out. And so each day begun.

Here is an extract : 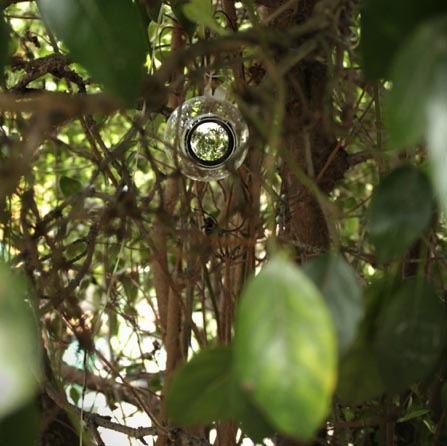