Absynth is a diorama of a Forest, an essential idea of nature in European cultures. The forest is the green lung of cities, it releases pure oxygen. It is seen as a place of Nature, in the romantic sense of the term, where a diversity of flora, fauna, microbes and fungi can flourish in the wild. In narrative, the forest is a magical place full of mysteries and supernatural qualities, where elves and the fairies reside as well as dark, unknown forces that hide in the shadows. It is a place of deep ambiguity. In the days of old, the forest was an impossible place for humans to dominate, which perhaps gave rise to this ambiguity.

Today, the image of the dead forest is one that is associated with Nature dominated and under threat by man. We know these images well: the forest felled through timber exploitation, the ravages of acid rain and the black remenants of wild fire indirectly caused by global warming. In these contemporary images, the forest is equally ambivalent. Today’s forest is a place where the boundaries between nature and culture are no longer clearly demarcated. Forests are cultivated, in a logic of monoculture, to produce objects for consumption or in an new economic calculus to offset carbon of dioxide emissions.

In Absynth, the climate and the forest are synthetic illusions. The forest is made up of discarded christmas trees – a form of nature cultivated in an agri-industrial way – that appear to transpire and are revealed as dead during the 6 minute atmospheric performance. 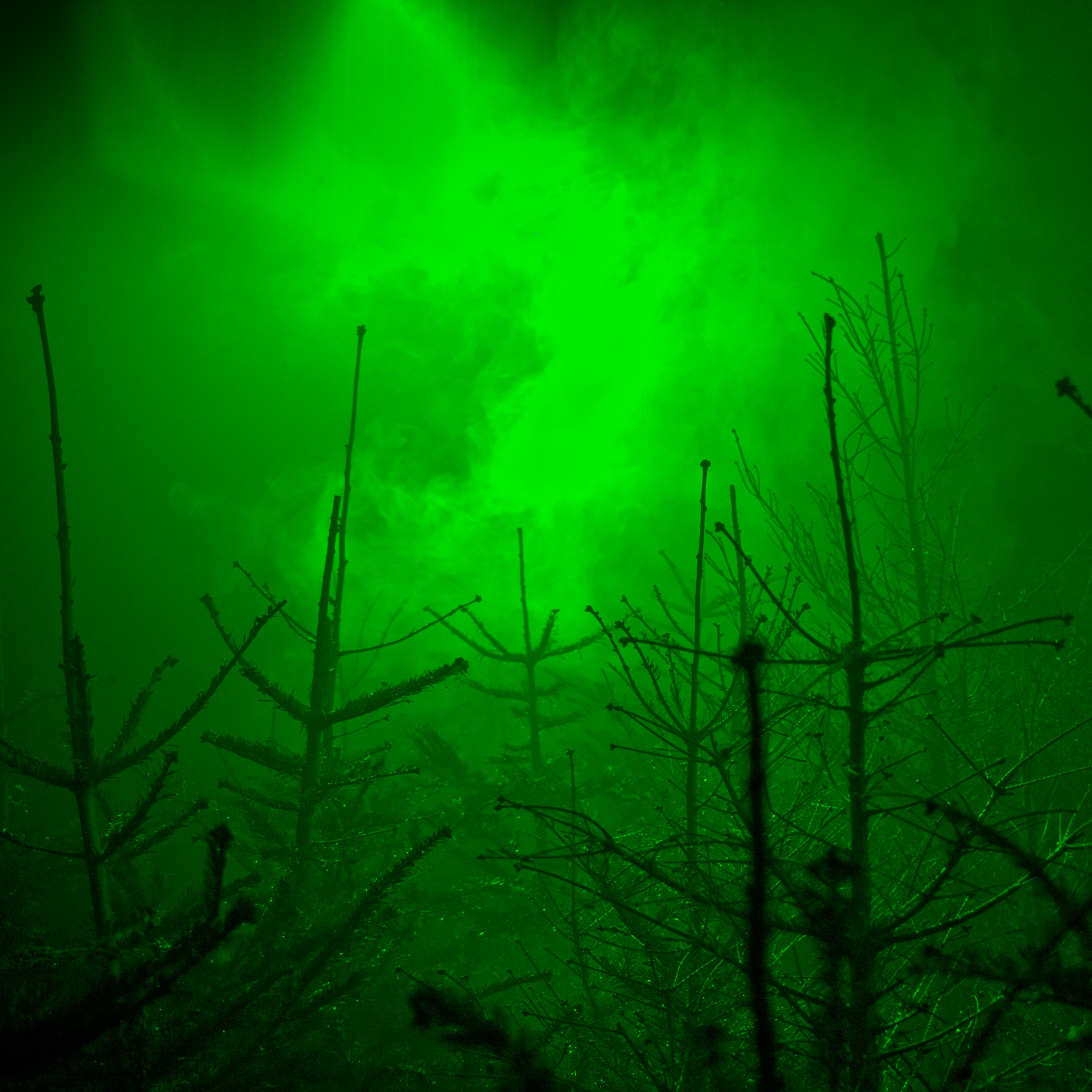 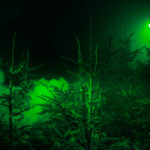 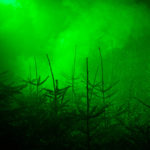 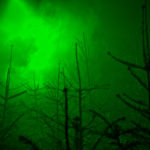 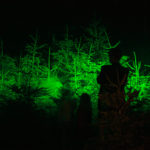