There are no charter planes to Detroit and certainly no direct flight from Paris. When we give our destination to the customs officer who carries out the usual formalities at the stop over in Philadelphia, he bursts out laughing:
– What, why the hell are you going to Detroit?

– Well… to take landscape pictures.
– Good luck, you will need it!
It’s a fact, Detroit Michigan is not listed in the tour operators schedule but it is certainly present on the world map of contemporary electronic music.

In the uncomfortable plane, which finally takes us there, we go over and over the story which ravers and techno heads repeat like a founding myth. After Kraftwerk, who blended with one unique rhythm Stockhausen and Pop music, followed a black trinity who gave birth to the sound of techno. It developed here, on the polluted edges of Lake Huron. The three founders are Juan Atkins, Derrick May, Kevin Saunderson. All three, born respectively in 1962, 1963 and 1964, instilled a black, funky and sensual groove into one of the first purely technological dance music. An essential mutation, which Derrick May sums up in a quote, which has remained well-known: « Our music is the meeting in one and the same elevator of George Clinton and Kraftwerk. It is the mirror image of Detroit: a complete error. » … 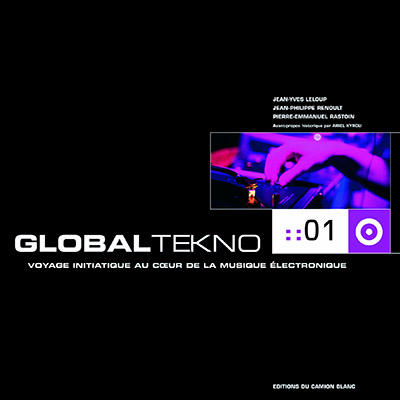